DESSERT
Alphonso Mango - £7
Considered to be the best mangoes in the world, available only during its short month-long season served with a scoop of vanilla ice cream

All prices inclusive of VAT and exclusive of 12.5% optional service charge
All dishes may contain traces of nuts

The Cuisine of Rajasthan

Rajasthan, now the largest state in India, is culturally rich and has artistic and cultural traditions which reflect the ancient Indian way of life. There is proof that it has been inhabited for 6000-8000 years.

Each religion in India has its own traditional dishes and specialties. In the royal kitchen of Rajasthan, as well as most other states, food was a very serious business and rose to the level of an art form. Hundreds of cooks worked in the stately palaces and kept their recipes a closely guarded secret. Some recipes were passed on to their sons and the rest were lost forever.

The finest cooking in India was derived from the Mughals and did influence the royal kitchens of India. But the common man's kitchen remained untouched, even more so in Rajasthan. Cooking here has its own unique flavour and the simplest; the most basic of ingredients go into the preparation of most dishes. 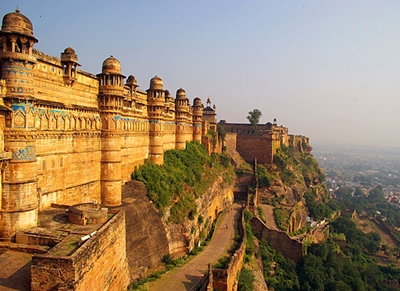 In the desert belt of Jaisalmer cooks use the minimum of water and prefer, instead to use more milk, buttermilk and clarified butter. Dried lentils, beans from indigenous plants like sangri, ker, etc. are liberally used. Gram flour is a major ingredient here and is used to make some of the delicacies like khata, gatta ki sabzi, pakodi, powdered lentils are used for mangodi, papad. Bajra and corn is used all over the state for preparation of rabdi, kheechdi and rotis. Rajasthani Royals are also fond of hunting and game is very popular during the winter.

All prices inclusive of VAT and exclusive of 12.5% optional service charge.
All dishes may contain traces of nuts.

Parsi also spelled Parsee, member of a group of followers in India of the Iranian prophet Zoroaster. The Parsis, whose name means "Persians", are descended from Persian Zoroastrians who immigrated to India to avoid religious persecution by the Muslims. They live chiefly in Mumbai and in a few towns and villages mostly to the north of Mumbai, but also in Karachi (Pakistan) and Bangalore (Karnataka, India). Over the centuries since the first Zoroastrians arrived in India, the Parsis have integrated themselves into Indian society while simultaneously maintaining or developing their own distinct customs and traditions (and thus ethnic identity).The Parsis have made considerable contributions to the history and development of India, all the more remarkable considering their small numbers. Some notable Parsis are rock starFreddie Mercury, founder of Cobra beer Lord Karan Billimoria and the founder of Tata who bought Jaguar Land Rover.The basic feature of a Parsi lunch is rice, eaten with lentils or a curry. Dinner would be a meat dish, often accompanied by potatoes or other vegetable curry. 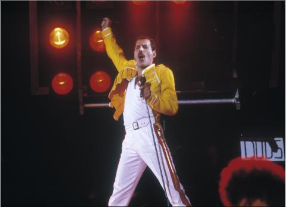 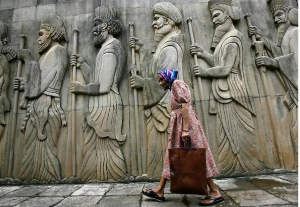 
All prices include VAT and exclude an optional service charge of 12.5%
All dishes may contain traces of nuts

Goa is located along India's west coast along the Arabian Sea. Seafood, coconut milk, rice and local spices are main ingredients of Goan cuisine. The area is in a tropical climate, with spices and flavours being intense.

The cuisine of Goa is influenced by its Hindu origins; four hundred years of Portuguese colonialism, and modern techniques. The state is frequented by tourists visiting its beaches and historic sites, so its food also has an international aspect.

The cuisine is mostly seafood based, with the staple foods being rice and fis h. Kingfish is the most common variety , with others including pomfret, shark , tuna and mackerel. S hellfish are plentiful with crabs, prawns, tiger prawns, lobster, squid and mussels all being popular. 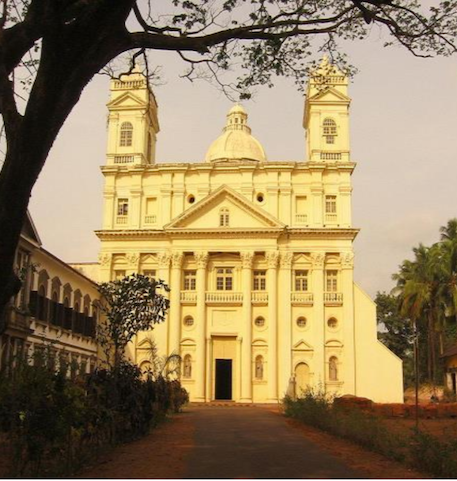 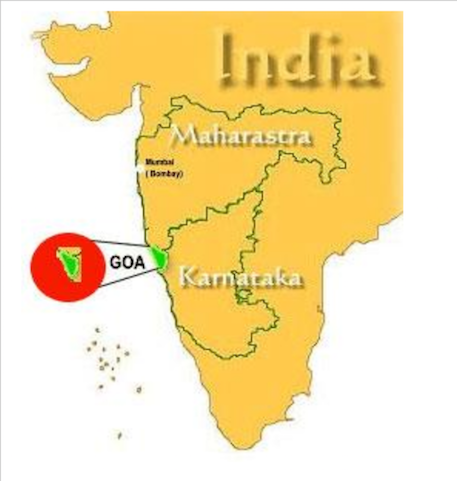 The Hindu food of Goa is unique, while Goan Christians are influenced by the Portuguese , who brought potatoes, tomatoes, pineapples, guavas and cashews from Brazil. Of these, tomatoes and potatoes were not accepted by the Hindus until the late 20th century.

All prices include VAT and exclude an optional service charge of 12.5%
All dishes may contain traces of nuts

Indian Chinese cuisine is the adaptation of Chinese seasoning and cooking techniques to Indian tastes. This cuisine is said to have been developed by the small Chinese community that has lived in Kolkata (formerly Calcutta) for over a century. Most of these people are of Hakka origin; however, the dishes of modern Indian Chinese cuisine, such as Chicken Manchurian, bear little resemblance to traditional Chinese cuisine. Today, this Chinese food has become an integral part of the Indian culinary scene. In fact,Chinese cuisine ranks as India's favourite cuisine (after local food), growing at about 8% annually. It is the most favoured option when young people go out to eat and the second favourite (after south Indian cuisine) when families dine out.

Culinary styles often seen in Indian Chinese include chilli (spicy, battered-fried), Manchurian (a sweet and salty brown sauce) and Szechwan (a spicy red sauce). These correspond only loosely, if at all, with authentic Chinese food preparation.

Foods tend to be flavoured with spices such as cumin, coriander seeds, and turmeric, which with a few regional exceptions, such as Hunan and Xinjiang, are traditionally not associated with much of Chinese cuisine. Hot chilli, ginger, garlic and yogurt are also frequently used in dishes.

This makes Indian Chinese food similar in taste to many ethnic dishes in Southeast Asian countries such as Singapore and Malaysia, which have strong Chinese and Indian cultural influences.

All prices inclusive of VAT and exclusive of 12.5% optional service charge.
All dishes may contain traces of nuts.

Once known as Lakshmanpur, Awadh is claimed to be among the most ancient of Hindu States, now in the Indian state of Uttar Pradesh. Today it is known as Lucknow.

Authentic dishes ranging from kormas to kulchas, roomali rotis to parathas and flavourful biryani are famous all over the world, thanks to the Nawabs of Awadh. The art of cooking food over a slow fire, or 'Dum' style of cooking originated from this region. This process involves sealing ingredients in large pot called 'handi' and is placed over slow fire, allowing the ingredients to simmer in their own juices. 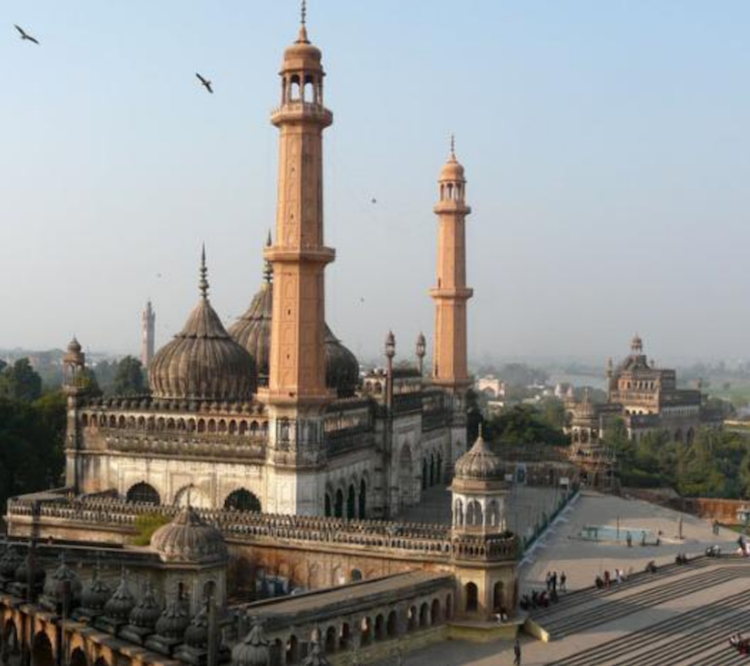 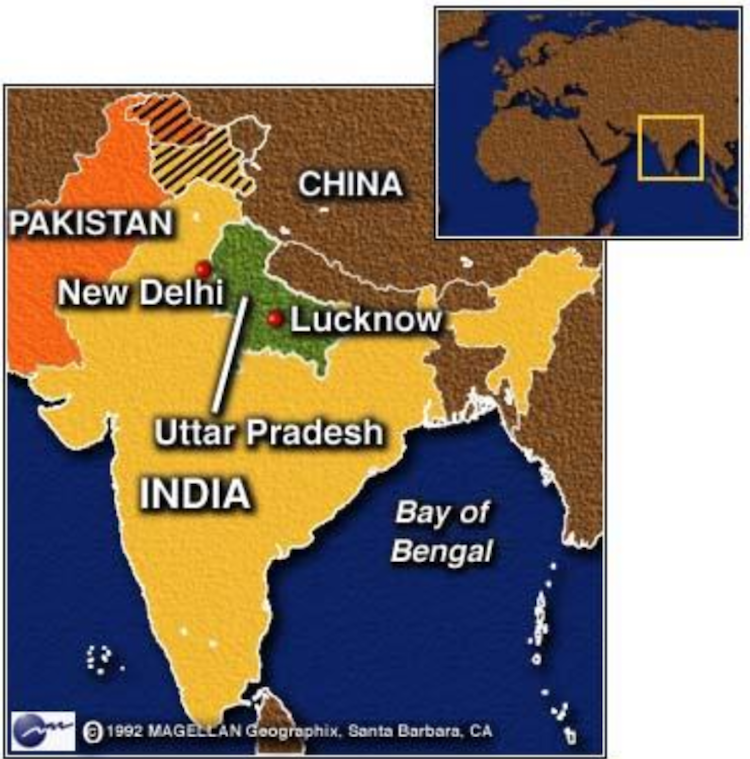 Awadh style of cooking is deeply influenced by the Mogul style and it closely resembles the cuisine of Kashmir and Hyderabad. The richness of Awadh cuisine lies in its ingredients and also the diverse cooking methods. Some dishes are flavourful due to the use of rich ingredients such as cream and ghee, while others taste equally good prepared with mustard oil.

Kababs such as Shami kabab, Gilawat ka Kabab, Kakori kabab are famous all over the world. Nihari is a meat stew usually eaten with a kulcha (bread) for breakfast. Lucknavi Biryani is one of the most famous of all. The term Biryani derives from the Persian word “Birian”, which means "roasted before cooking." Biryani is a mixture of basmati rice, meat, vegetables, yogurt, and spices. Kulfis (ice cream) and various rice, fruit, vegetable puddings are enjoyed as desserts during summer and halwas in winter.

Best of our Specials
November - December 2021

All prices include VAT and exclude an optional 12.5% service charge
All dishes may contain traces of nuts

No regional focus over the festive season. We bring back some of your favourite dishes as our present for you to enjoy. 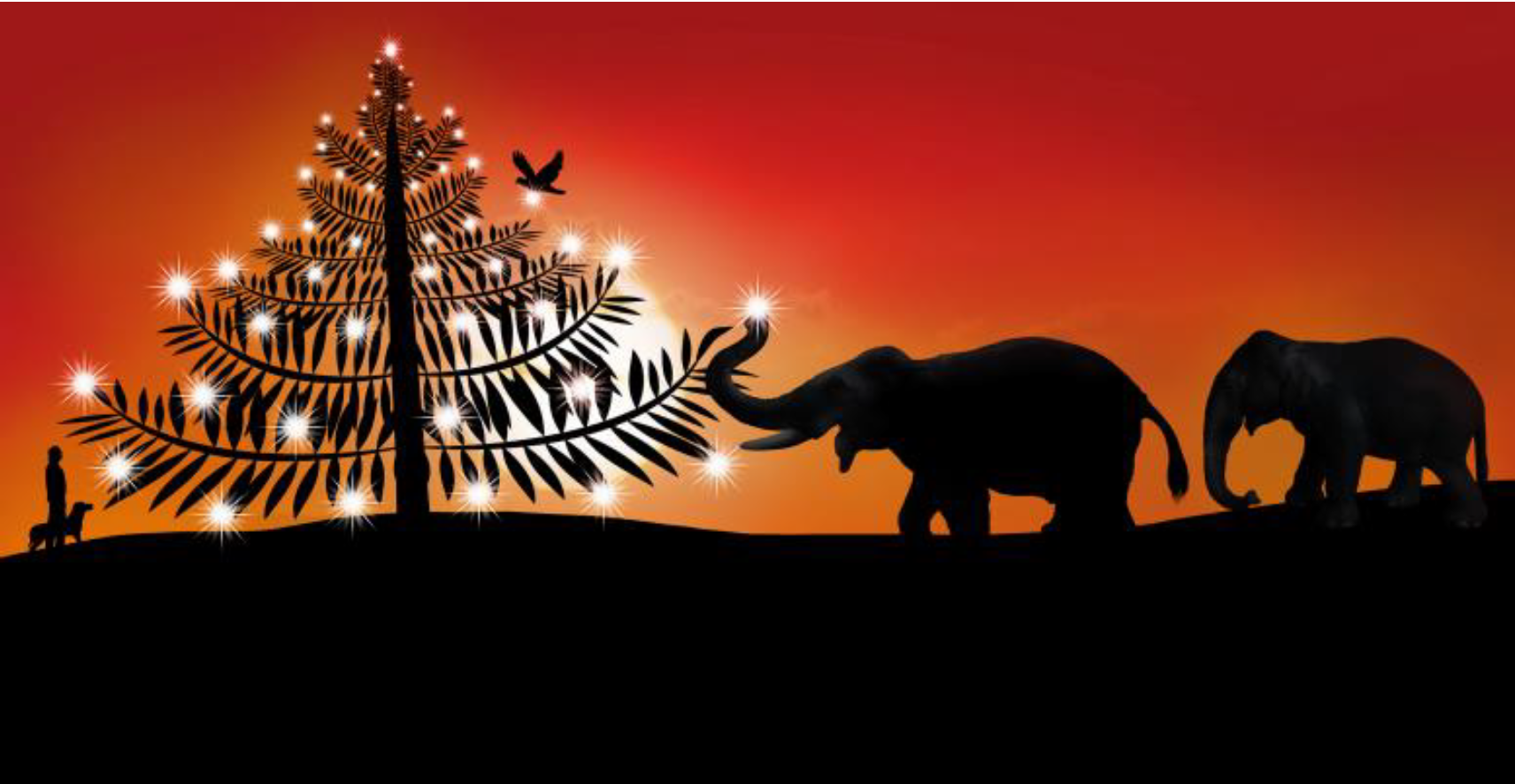 India is a secular nation and houses every community. Christians are a minority and form nearly 2.3% of the population. But the fact that there are only about 25 million Christians in India, in no way lessens the observance of the festival. Moreover, the occasion is celebrated not only by Christians but by people of other religions as well.

Many Christian houses in India decorate Christmas cribs and distribute sweets and cakes to their neighbours. In many of the schools that are run by the Christian missionaries, the children actively participate in Christmas programs. Also in many non-religious schools, there is tradition of Christmas celebration. Christmas is also increasingly celebrated by other religions in India. Christmas is known as "Badha Din" (Big Day) in North and North-West India and people often plant trees on this day. Celebrating Christmas in India No regional focus over the festive season. We bring back some of your favourite dishes as our present for you to enjoy. 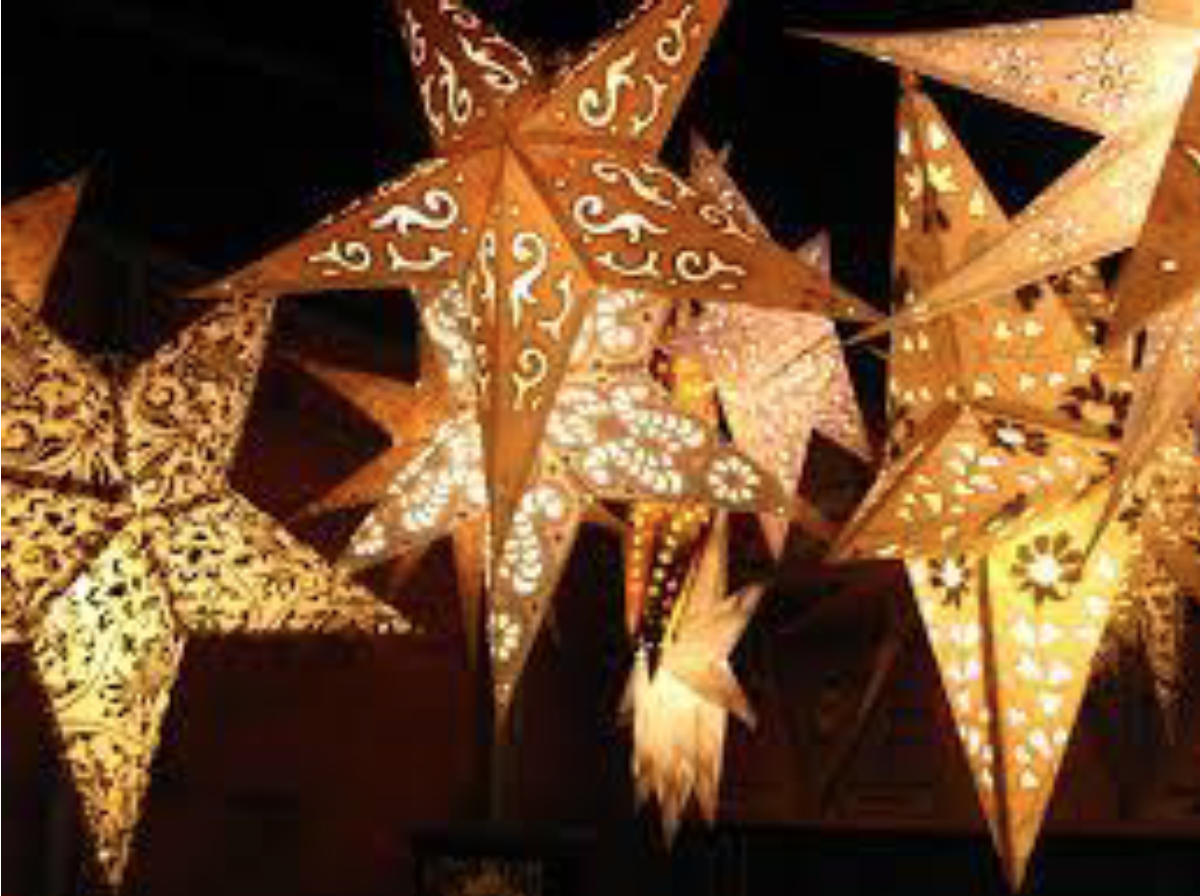 Many Christians in India celebrate Christmas. The celebrations are most noticeable in states where there are many Christians such as Goa. Christmas Day is a statutory holiday across India but there are really no Christmas only dishes 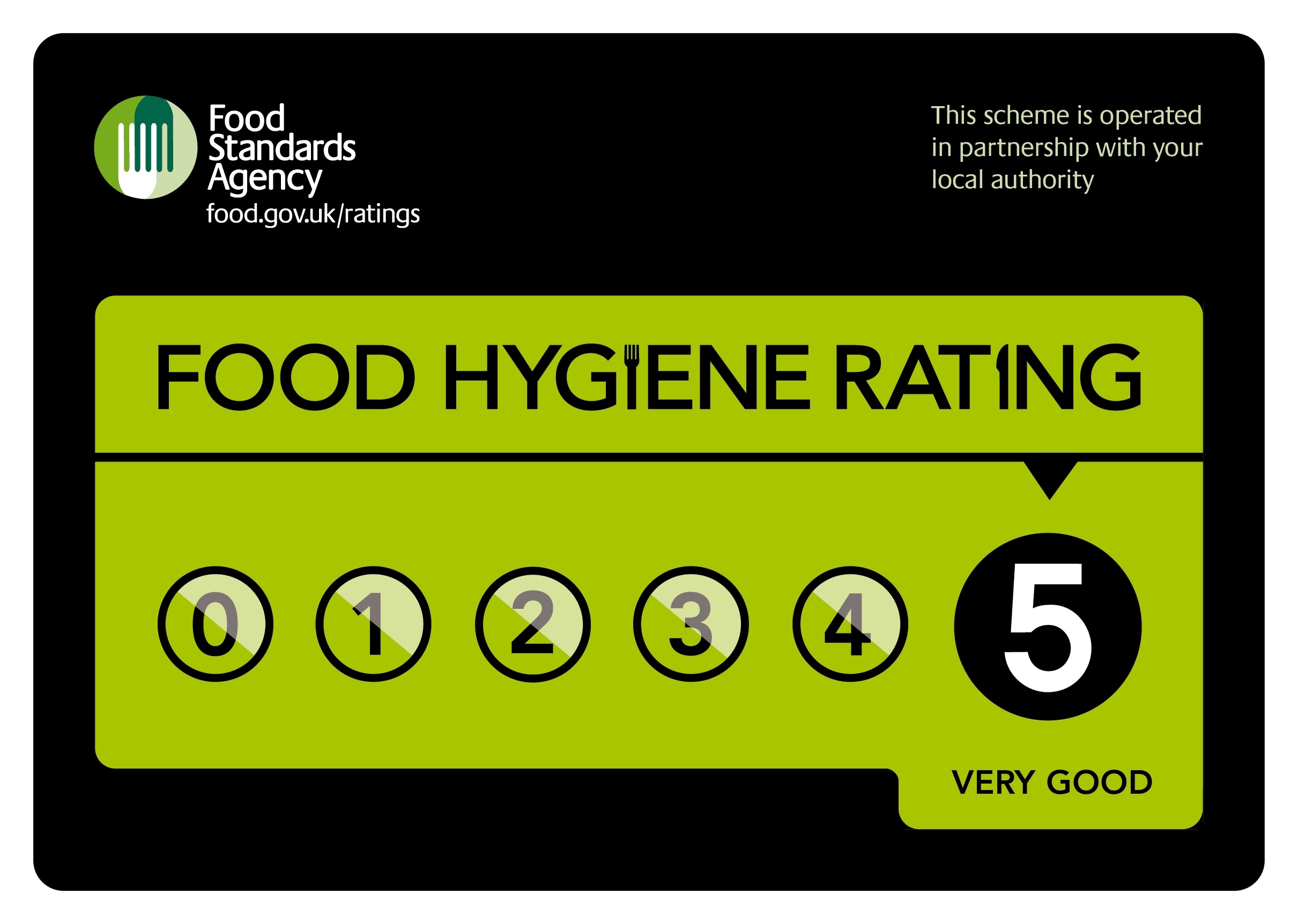